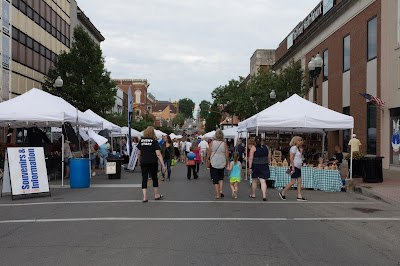 For the fourth year in row, I was a vendor at Waterfire Sharon.  It's a festival that's held three times a year during the summer and, not just in Sharon, but in several other cities worldwide.  I'm not sure what all their festivities entail, but in Sharon they close off several streets and line them with artists and crafts vendors.  Live music can also be heard from stages scattered throughout downtown. 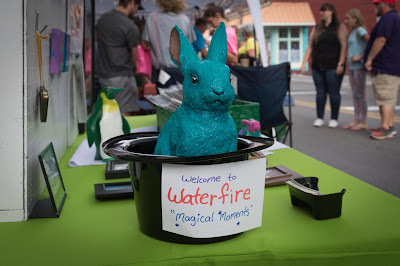 Each date has its own theme.  July 21st's theme was Magical Moments. 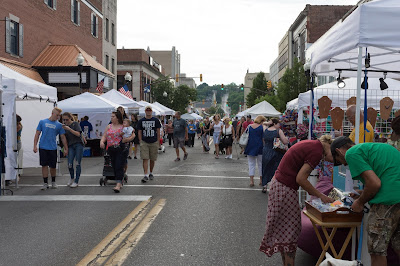 It was pretty windy during setup and, at times, some stormy-looking clouds rolled in, but we were lucky the rain held off and it turned out to be a beautiful day. 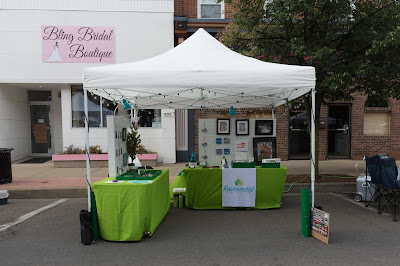 With all the wind, we had to improvise and make some modifications to our booths.  All my weights came in handy and I used some duct tape and clamps to secure some of my other things. 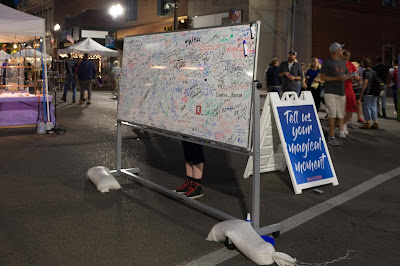 Visitors were encouraged to write their own "magical moments" on a large dry erase board. 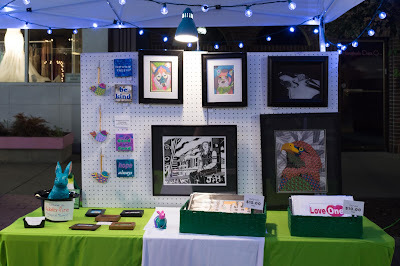 I finally got a chance to use my new string lights.  What do you think of the blue? 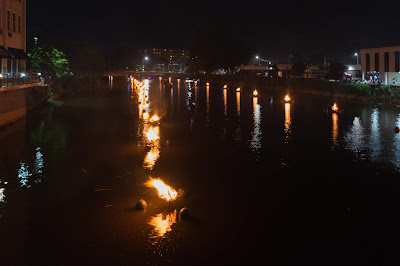 I was able to run over and snap a few photos of the fires on the Shenango River. 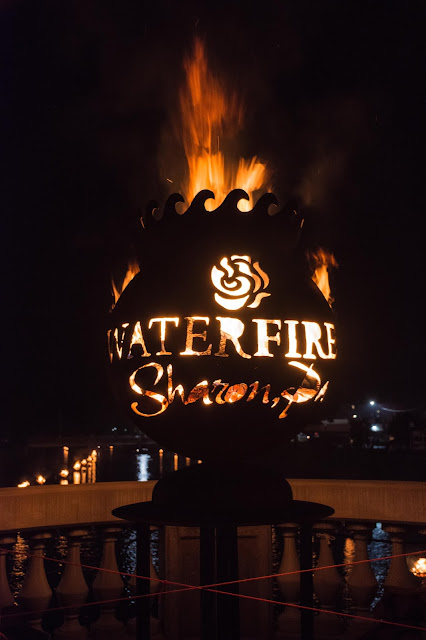 As the fires died down and the crowds thinned, it was time to pack up and get things ready for my next adventure TBA!