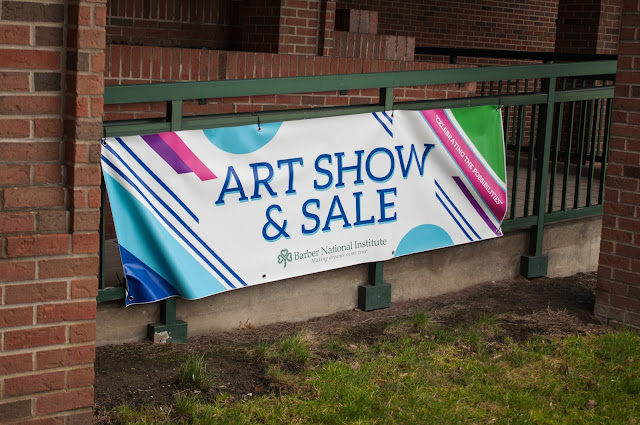 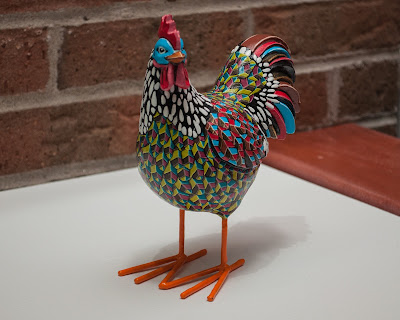 It was a busy weekend.  I had art work entered in two different art shows.  Yesterday, I was finally able to make it over to see the Jay and Mona Kang Art Show at the Barber National Institute in Erie.  This was my seventh time participating in this show and it was as wonderful as ever.  There was such a variety of work in such a wide range of media by so many different artists.  I even saw a couple pieces by some fellow Corry Artists' Guild members.  I entered my painted found object "Murtagh MacNugget" who was even featured on one of the show's Facebook posts! 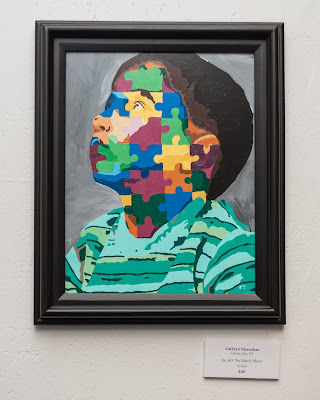 I also entered a new portrait that I painted specifically for this show in honor of the Institute's work with those on the autism spectrum.  It's called "So Much More" and finishing it came down to the wire.  I hope people liked it.
Posted by Cathryn at 9:40 AM