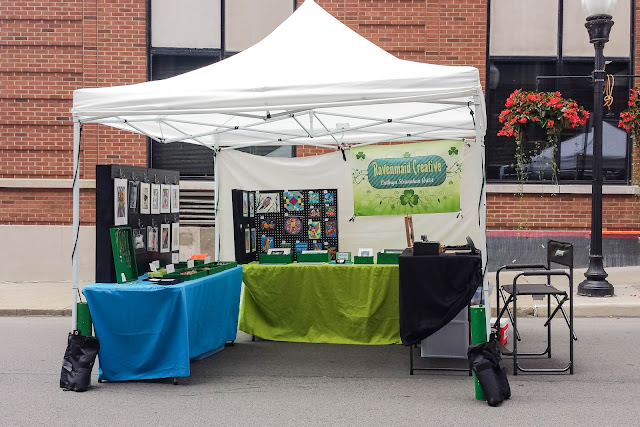 Hello again!  THIS weekend, I set up shop at Waterfire Sharon for the second year in a row.  Last year, I had an inside spot within the Arts and Culture Center (ACC) mostly because there was air conditioning and I didn't own a tent at the time.  This year, however, I am fully equiped!  (Woot.)
The event officially begins for us vendors at noon, but the real action doesn't happen until dusk with they light small bonfires in cauldrons in the Shenango River.  Aside from a couple sprinkles here and there, the weather was excellent.  I even had to reverse my table configuration to get myself out of the sun.  There was a steady trickle of people for most of the day, a lot of them passing through the side street I was on towards the river.  There were a number of curious ones, though, that popped into my tent.  They are generally amazed to find out that those drawings are marker and those paintings are acrylic and not some kind of mosaic tile.


Earlier in the day, there weren't as many people.  Later on is when things start to pick up, but there was always something going on.  Being a solo act, I didn't really get to explore very much, but I could hear the music from one of the stages nearby.


A couple times, though, the action came to me.  There were some guys in (dog?) costumes running around and this kids parade. 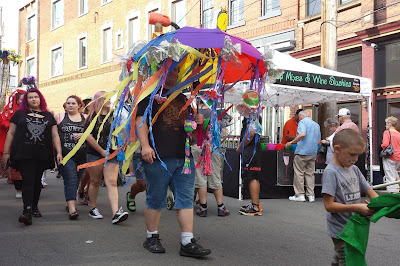 As it grew dark, I could hear the ceremonies at the river going on.  Last year, being stuck inside all day, I didn't even experience that much.  At least last year, though, I ducked out and got to see the double line of fires burning on the water.  This year, by the time I packed up and went to retrieve my car, they were but faintly glowing embers.  But it was still a good night, two of my owl drawings were sold and will be presents for someone.  I hope she likes them.  That's the last of the big festivals I've signed up for.  Maybe there'll be some small craft shows and exhibitions later on.  Who knows?  Until next time, thanks for stopping by!
Posted by Cathryn at 8:54 PM No comments: 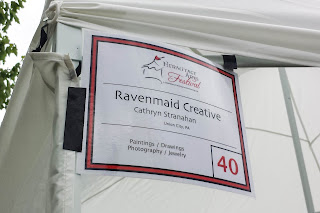 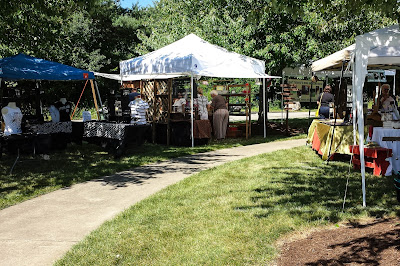 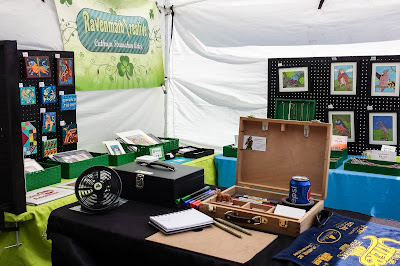 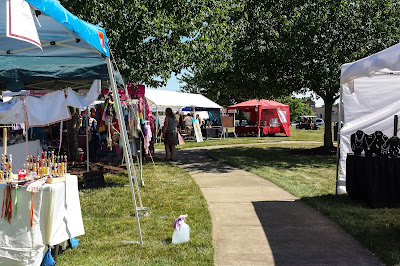 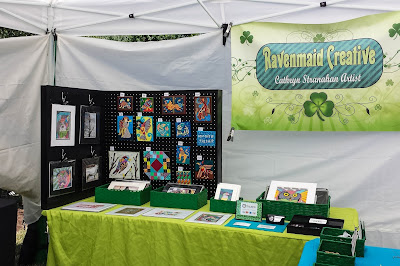 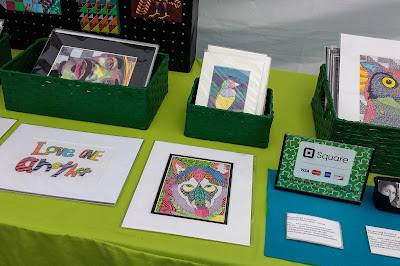 Posted by Cathryn at 8:29 PM No comments: