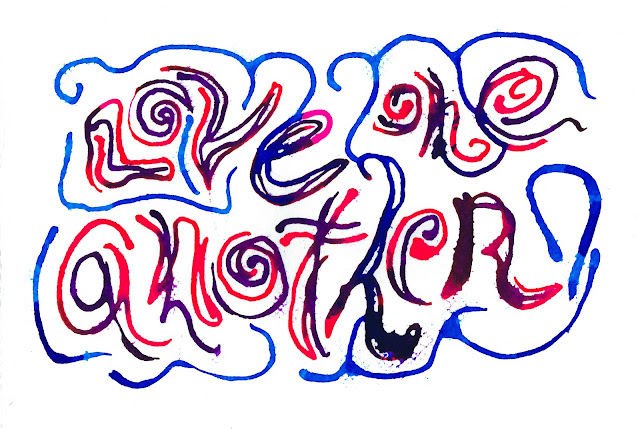 All these days that I've been racking my brain for ideas, I've totally forgotten about Mystery Box.  You remember Mystery Box don't you?  Mystery box just sounds cool... and mysterious.  Today, I pulled out a slip that said concentrated watercolors.  If you don't know, concentrated watercolors are watercolor paints already in liquid form and very intense hence the name.  I first learned about them in an art journaling book and decided to give them a try.  They weren't cheap, but I got to admit, they're pretty cool.  Since, I don't use watercolors so much anymore, this set has lasted me a long time.  They haven't dried out because they're in little bottles with eyedropper caps on them.  Even when they do dry out on a palette they can still be used because, well, they're watercolors.  Today, I was just playing around and seeing what I could do with just using the eyedropper and not a brush.  I also put a piece of paper towel on top to speed up the drying because the last time I did something similar it took quite a while to dry.  Thanks for checking in today!