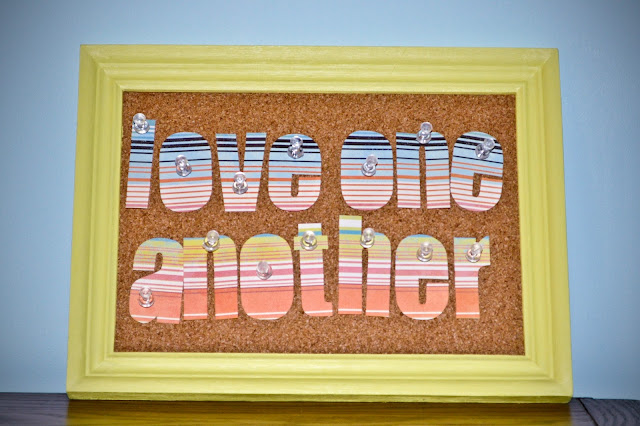 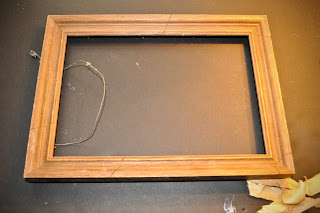 365... says to take something old and make it like new today.  After I got home from church, I went out to our old barn to rummage around for something old and forgotten, something I could make shiny and new again.  In a box with some other dirty, cobwebby things, I found an old open picture frame.  The frayed hanging wire was hanging broken from one side.  It had scratch marks on two or three sides.  I took it inside, washed it off, and used sandpaper to remove the paper or masking tape backing around the edges.  During a hockey game intermission, I applied a coat and a half of gesso before painting it a light green.
The frame was kind of an odd size.  The opening was a little over seven inches by a little over ten inches.  What could go in here?  I found some old cork board material under the dresser I was considering throwing away and cut it to size.  While I was waiting for things to dry, I cut out letters from some patterned scrapbook paper.  Finally, I pinned the letters to the little cork board I've made.  So, there's taking something dirty and worn and making it new again.  There's a metaphor in there somewhere...
Posted by Cathryn at 6:06 PM